U.S. immigration system fails to deliver on promise of America 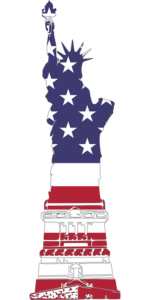 This article was originally published in the Star-Telegram, Fort Worth, Texas

A nation's laws reflect its values, whether people realize it or not.

Our immigration system doesn't paint a flattering portrait of what Americans hold dear, and the longer we take to rectify it, the more unflattering that picture becomes.

Texas is home to one of the nation's largest populations of immigrants. According to a new study from the Partnership for a New American Economy, one in every six people living here was born abroad.

That immigrant population, numbering about 4.5 million people, would fit right between Louisiana and Kentucky in a rank-order of the states by population.

That is, our immigrant population outnumbers the total population of about half of the states.

According to the NAE report, that immigrant population sustains a tremendous economy, earning almost $120 billion a year and paying more than $29 billion in taxes across all levels of government.

Immigrants are more likely to work than their native-born counterparts and are nearly twice as likely to be found working as entrepreneurs.

Naturally, within any large population there are wide variances.

Some Texas immigrants are highly educated (like the estimated 48 percent of students in science, technology, engineering and math Ph.D. programs at our universities who were born abroad), while others are not.

What the legal system owes all of them is the guidance found engraved on the Supreme Court building in Washington: equal justice under law.

That is not what we presently deliver, and our failure stands in contradiction to our values as Americans.

Our system is a complex thicket of old regulations and often paradoxical arrangements that sometimes lead to truly perverse outcomes. For example, our visa system leaves a giant shortfall in the number of workers permitted to come here.

Employers want more visa-authorized workers, foreign workers are backlogged for years in some cases as they seek to come here, and yet we have failed to adjust the number of visas accordingly.

As a result, the country misses out on the contributions of willing workers across a range of sectors that American-born workers can't or won't fill — but upon which workers in other parts of the economy depend.

The only authority with the power to truly correct the system is Congress, which needs to undertake serious and thoughtful immigration reform.Through the “Reason for Reform” campaign and website (www.reasonforreform.org), Americans can tell members of Congress that they have a mandate to fix the system, on behalf of equal justice and in the interest of renewing our economy at the same time.

A just society puts the law to work for everyone, and for the interests of the people as a whole.

There is no better case in the public consciousness today than undertaking lasting reform to our immigration laws.

We’re on your side. Contact us for legal support and guidance.

Thank you for contacting us. We will get back to you shortly.

Please complete all required fields below.