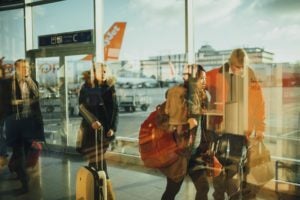 Each year, millions of foreign nationals visit the United States with approved temporary visas which allow them to stay for a limited period of time (“authorized stay”) for specific purposes such as temporary work, vacation, study, business, or other approved purposes. If an individual remains in the U.S. after his authorized stay expires (and without applying for an extension), then he is considered an overstay. According to the Department of Homeland Security, there are two types of overstays – those who have not officially reported their departure from the U.S. (Suspected In-Country Overstay) and those who left and reported departure their authorized stay expired. (Out-of-Country Overstay).

Recently, the DHS released its entry/exist overstay report for FY2015, which provides data on departures and overstays, by country, for foreign visitors to the United States who were lawfully admitted into the United States for specific, temporary purposes, but overstayed their lawful admission period. While the DHS admits the data is not precise, the report is telling, with overstay rates varying widely, depending upon the country.

According to the DHS press release, “This report focuses on foreign nationals who entered the United States as nonimmigrant visitors for business (i.e., B1 and WB visas) or pleasure (i.e., B2 and WT visas) through an air or sea port of entry, which represents the vast majority of annual nonimmigrant admissions. In FY 2015, of the nearly 45 million nonimmigrant visitor admissions through air or sea ports of entry that were expected to depart in FY 2015, DHS determined that 527,127 individuals overstayed their admission, for a total overstay rate of 1.17 percent. In other words, 98.83 percent had left the United States on time and abided by the terms of their admission.”

Read the DHS Entry/Exit Overstay Report. It will be interesting to see if and how the U.S. embassies will use this report and data in deciding future temporary visa applications.

Meet With An Attorney