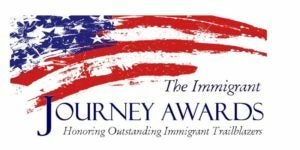 America is the great country it is today because it was founded by individuals who became Americans by choice. Their ideas, creativity, strengths and determination built a nation that continues to welcome and utilize the talents of those who are inspired by this country's promise. In turn, their achievements have become a source of inspiration to others. Each year, Cowles & Thompson and sponsors recognize and honor exceptional immigrant individuals who have chosen to make this country their home and who have demonstrated leadership in business, a chosen profession or in the civic arena at the annual Immigrant Journey Awards Luncheon. The luncheon is held in June in celebration of Immigrant Heritage Month.

The goal of the Immigrant Journey Awards Program is to honor and celebrate immigrants whose achievements will serve as a role model and an inspiration to all who reside in the Dallas/Fort Worth area, regardless of their land of birth. The program also raises scholarship funds for immigrant or first generation American high school students.

JOIN IN THE CELEBRATION!

Nominate a deserving candidate, sponsor the Awards Luncheon, apply for a scholarship, or attend the luncheon:

Previous winners for each award category are:

Immigrant Entrepreneur Award – Honoring an immigrant business owner who has founded a highly successful business in DFW and who serves as a model and inspiration of success.

Immigrant Spirit Award -Recognizing an immigrant civic leader or elected official who has contributed substantially to the community or the region.

Immigrant Advocate Award – Recognizing an individual, organization, business, or governmental entity who has made a positive impact on the lives of immigrants, and who advocates on behalf of immigrants.

Videos of the Events

Photos of the Events 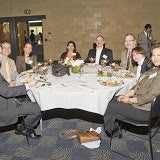 Meet With An Attorney