The Justice Department reached a settlement agreement recently with Villa Rancho Bernardo Care Center (VRB), a skilled nursing facility in San Diego. The agreement resolves the department's investigation of VRB for discrimination against work-authorized non-U.S. citizens in violation of the Immigration and Nationality Act (INA).

Under the settlement agreement, VRB will pay $24,000 in civil penalties to the United States, undergo department-provided training on the anti-discrimination provision of the INA and be subject to monitoring requirements.

“The Civil Rights Division is committed to ensuring that individuals who are authorized to work in the United States do not face unlawful, discriminatory barriers,” said Principal Deputy Assistant Attorney General Vanita Gupta, head of the Justice Department's Civil Rights Division. “It is essential that employers review their employment eligibility verification practices to make sure they are in compliance with the law.” 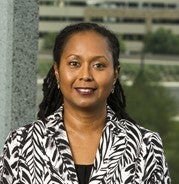 Badmus advisory: Employers must never ask new hires for a specific document to prove work authorization. To avoid what could be a very expensive mistake, companies need to properly train managers and any employees who are charged with completing I-9 forms. For affordable training options, you are invited to call me at 214-472-2161.

We’re on your side. Contact us for legal support and guidance.

Thank you for contacting us. We will get back to you shortly.

Please complete all required fields below.